Festival Theatre in St. Croix Falls has joined Take Me to the River as an anchor event this year after years of support as an advertiser in our printed brochure. A series of four concerts will be held over the three weekends of Take Me to the River. Festival Theatre is known in the St. Croix Valley for high quality theatrical performances as well as bringing some big name musical guests to historic vaudeville theater.

Koerner and Glover- Together in Concert
September 12th at 7:30

Koerner is noted as an early influence on Bob Dylan and is mentioned in Dylan’s autobiography Chronicles. Glover taught harmonica to renowned musicians such as Mick Jagger. Formerly members of “Koerner, Ray, and Glover” the two have been playing together for over half a century. After losing their friend and fellow musician to lung cancer in 2002, the two still tour together in his honor. Don’t miss the opportunity to see these two legends live! 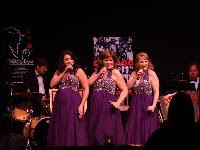 In this latest creation, Colleen Raye, Debbie O’Keefe and Katie Gearty walk you through some of the all-time great songs of Broadway, including classics from My Fair Lady, Gypsy, Oliver and West Side Story as well as newer musicals, Phantom of the Opera, Les Miserables, Wicked and Rent.

Both equally funny, Mary Mack grew up near Webster, WI. She is married to fellow stand up comedian Tim Harmston, from Menomonie, WI. In 2011 he released his first album,” The Most BeesEver.” Mary will be releasing her third album, her first with Stand Up Records, this September.

Returning after performing to a sold out audience in 2013. A masterful guitarist, Johnson is a songwriter who has had several Billboard-charting hits. Equally at home singing pop, country or classics from the American songbook, he remains one of the true authentic voices in contemporary music. His songs have been recorded by such artists as Alison Krauss, Suzy Bogguss, Chet Atkins and The Persuasions.

Please join Franconia Sculpture Park’s artists, staff, and our thriving community, as Franconia hosts its 21st Annual Art and Artists Celebration on September 23rd, from 11 AM to 6 PM. This event serves as the gala opening reception Read more…

Not to be Missed: Annual Backyard Pottery Sale.

Join Peter Jadoonath Pottery for a great time this fall. On September 22-24, 10am-5pm, there will be a wide array of functional pottery for sale in a beautiful setting from Joe Singewald, Sarah Dudgeon, Jason Trebs, Mike Helke, Read more… 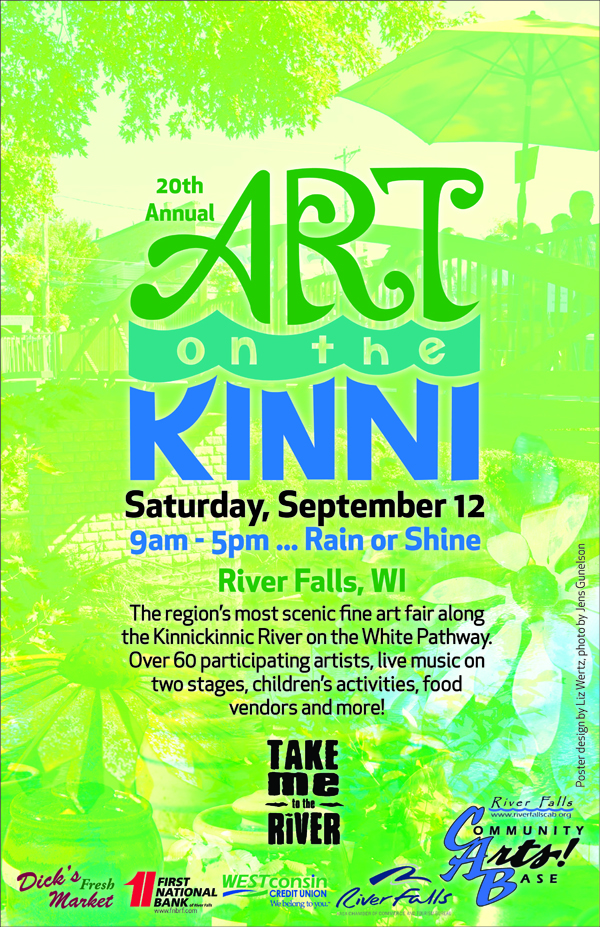 New This Year: Art on the Kinni

Joining the line-up of Take Me to the River this year is Art on the Kinni! Art on the Kinni, now in its 20th year, is a popular community art fair along the shady banks Read more…